2020 is weird, we all know that. When the NBA came to a screeching halt in March due to the pandemic, one of my first thoughts was, how will this impact the annual sports video game releases. To be fair, at the time, I had no idea if the NBA was going to restart or give up on the season. With the uncertainty surrounding the pandemic and the upcoming next-generation consoles, would 2K shelf their 2K21 entry for current gen? Nope! 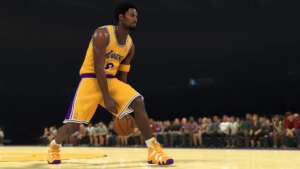 A couple of disclaimers before I go any further. I LOVE the NBA 2K series even though they’re flawed. I have owned every NBA 2K game since the original on Sega Dreamcast. I like to say it is the only annual purchase I will consistently make every year, even though my wallet usually gives in to other annual sports releases. That being said, I will be critical of this game. Like my Madden review, I will not be touching the MyTeam mode. I have played these modes before and I hate them. They’re not for me, I am not the person to be giving you feedback on it.

I booted up NBA 2K21 and the first thing I did was create MyPlayer. I had already scanned my face earlier in the day using the NBA 2K21 app on my iPhone and for the first time ever, it got it right the first time… kind of. While I didn’t have to spend hours trying to get my lighting right or fighting server issues, I did find that MyPlayer appears to have a severe sunburn on his face, something I currently do not have. I’m not entirely sure why my face looks so red, but it is comical when I’m running down the virtual court. The actual character creator is pretty much a copy and paste of 2K20 with a few minor tweaks to ratings.

MyCareer is my favorite mode. No matter how cheesy the storyline is, no matter how bad the nicknames or side characters are, it is my favorite. This year, the story has taken a rather serious tone as you are clearly struggling with daddy issues. Your father was a basketball star and you’re following in his footsteps. It’s an okay story with some recognizable actors. I will say, some story decisions don’t really make sense. I won’t spoil anything, but it seems like 2K introduced several plot points and doesn’t really flesh any of them out. If you’re not interested in the story, you can go straight to the Neighborhood and go straight to the NBA. Doing this will force you to miss the high school and college portions of the game. 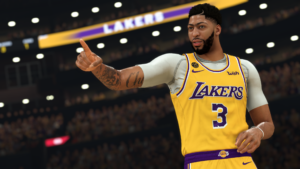 One thing I should mention, 2K has changed the way you shoot. No longer do you just hold the shoot button… well, you kind of do, but the target now moves depending on where you’re standing on the court. It is no longer a memory game. Same goes for the shot stick except the difficulty is a little tougher. You pull the shot stick back and the shot meter appears. As you’re pulling it back, you then have to nudge it slightly to the left or right to aim it based on where the shot meter is. Let’s just say, I missed…. a lot.

The atmosphere of your high school games are great. Smaller crowds and less crowd noise and the commentators were fantastic. I was pleasantly surprised when I went to college to find that the NBA commentators were also fantastic. I expected a ton of recycled lines but they gave me fun facts on the college I chose and injected some story elements into the game. Having the crowd do chants and the band playing during the college games was great and it made me want a college basketball game. College Hoops 2K22 anyone?

Throughout high school and college, you have a rival but the game doesn’t really make you care about this rivalry. He is your friend and you don’t hate each other. What makes things even weirder is, from what I can tell, your rival always gets drafted first overall and you get drafted second overall… to the same team. You both play the same position so I’m not sure why so many NBA teams are willing to secure the top to two draft picks and then select two players who play the same position. Maybe more of the story will unfold in the NBA, but as of this review, it hasn’t.

The Neighborhood, functionally, is the same, it just looks different now. Instead of a neighborhood, you’re on a beach. It looks nice, but like I said, most of the functions are the same. I’m not sure if this is because of the heat they received for creating a casino, but the casino is now an arcade. It all looks nice, just functions the same. The game is still littered with micro transactions although it seems like the payouts might be higher in MyCareer. 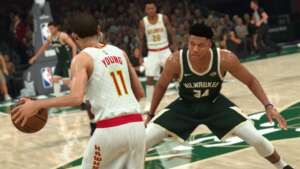 MyGM and MyLeague are the same as last year. I cannot spot any difference. When it comes to franchise modes in sports games, MyLeague is the gold standard. I wish they would’ve done something to improve the mode but with the next-gen version on the horizon, they hopefully have diverted all resources to that.

Overall, if you still have NBA 2K20, you can probably skip this version. If you’re upgrading to next-gen, you might want to invest in the Mamba Forever Edition. It gives you the current and next gen versions of the game and 100,000 VC for each version. If you’re not upgrading consoles right away, you can probably skip this one.

Another solid, yet microtransaction heavy, entry into the best basketball sim money can buy. 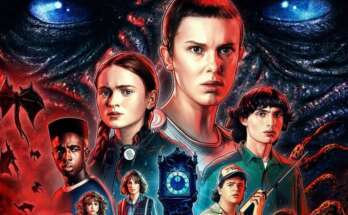 View all posts by Justin →